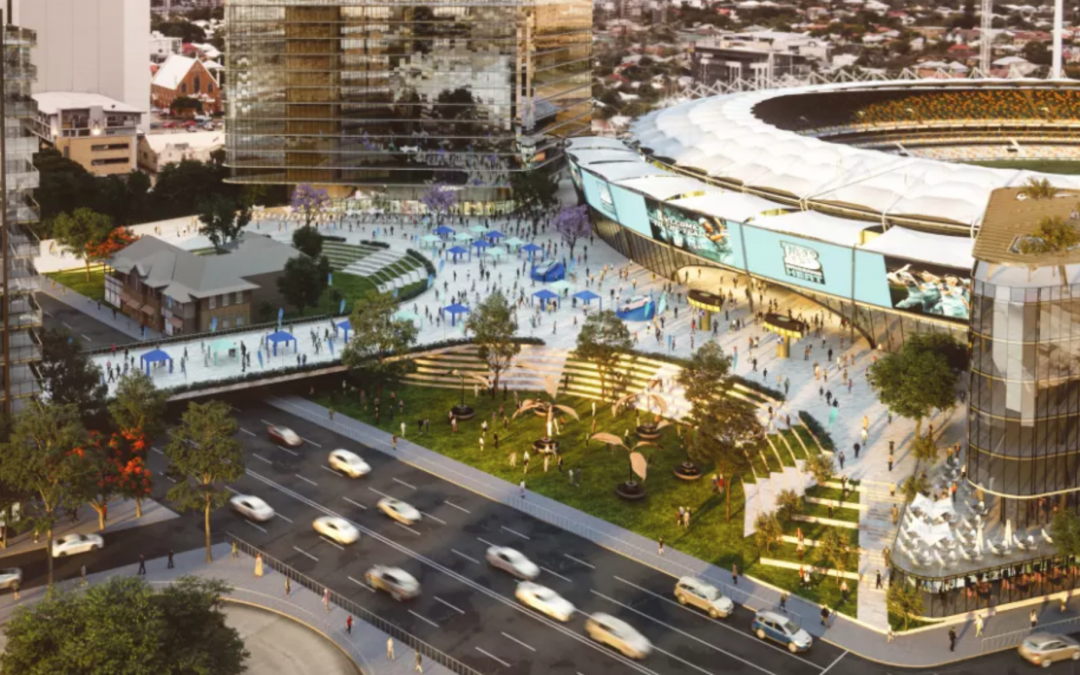 State premier Annastacia Palaszczuk has outlined the government’s vision for the $100 million project, which aims to alleviate public access issues at the stadium with the construction of two new bridges. The plans include a raised pedestrian bridge connecting the current busway stop and the future site of the Cross River Rail stop to a new forecourt and a second bridge designed to improve pedestrian flow from the direction of Logan Road.

Complaints of pedestrian overcrowding on the busy roads surrounding the stadium have long plagued the home of Queensland’s cricket and AFL, with spectators frequently having to wait at multiple sets of traffic lights on their way to and from the stadium.

$2 million dollars have been approved for investment in the Cross River Rail project which Palaszczuk has said will pave the way for “turn-up-and-go” frequency transportation services, “meaning fans from across SEQ will find it even easier to jump on a train and get down to support the mighty Brisbane Lions or the Brisbane Heat.”

The state government have also revealed further extensive redevelopment plans for the land surrounding the stadium, which will encompass the Landcentre, old South Brisbane Dental Hospital and Goprint sites. Minister for Housing and Public Works Mick de Brenni said the project will be put to the private sector to test the market.

Although the stadium has come under fire over recent years for having outdated facilities, it is hoped that the facelift, which is expected to attract up to $1.5 billion of private investment, will revitalise its reputation as a world class sports and entertainment venue.

“Going forward, we are rolling up our sleeves in collaboration with all stakeholders to give fans a great experience – one that will rival the freshest stadiums in the nation,” de Brenni said. He went on to explain that it is hoped that joint investment in both the public space surrounding the Gabba and Cross River Rail project could potentially deliver up to 300 affordable new homes.

It’s understood that the redevelopment will be scheduled to coincide with the opening of Cross River Rail in 2024. For more information on how this new development may effect Brisbane real estate please contact us on 07 5562 1572.